The earliest humans in America may not have come across the Russian / Alaskan glacial bridge as is commonly believed by archeologists. Humans may have already been living in Florida, right here in Jefferson County, by the time that migration happened.

This is one of the theories being presented at the First Floridians: First Americans Conference being held in Monticello’s Opera House over the weekend of October 4th through 6th. The conference is being sponsored by Main Street Monticello and Jefferson County Historical Association.

Jefferson County is a rich resource for scholars, archeologists and historians, particularly within the wild and mysterious Aucilla River Basin. More than a dozen researchers and curators will present their findings at the conference. There will be an artifact display and exhibits and a social gathering with BBQ and cash bar at the close of the conference on Saturday. The Honorable Ken Detzner, Florida Secretary of State, will be slotted in for 15 minutes if he can attend.

Attendees will hear the story of the earliest people of Florida, including the Apalachee of Jefferson County. You’ll hear about the coming of the Spanish and the history of the local Mission sites. One presentation will explain how the diversity of plant life in the Aucilla Basin attracted and fostered settlement throughout the ages. You’ll hear how remnants of Florida’s tribes and the Georgia Creeks formed the Seminoles.

You’ll move back in time to learn how this land protected the evidence of our pre-history and how people lived in Jefferson County 14,000 years ago. Dr. Michael Waters of The Center for First Americans at Texas A&M will reveal new knowledge found in an Aucilla Basin archaeological dig this summer.

There is no charge for attendance, although seating is limited and you need to register. Go to Main Street Monticello’s Conference page for details, the schedule and a registration form. Maybe we’ll see you there! 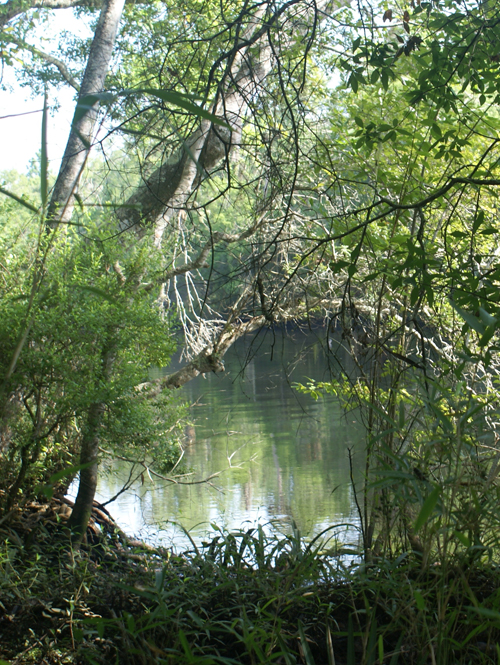