The first jelly-making video produced at Golden Acres Ranch was in 2011. Stars were local gentry David and Charlie Ward with a fleeting guest appearance of Jack Carswell and Fred Golden. The video was done by David Neck and you can see it on our Mayhaw Pond page. It is titled “Making Mayhaw Jelly” but highlights the berry gathering and juice preparation phases of jelly-making.

So we thought it would be useful to make a new version that shows the jelly-making process itself – just in time for the Mayhaw Festival 2014. David and I have different ways, and we show you both in new video. CLICK HERE or on the image to go watch. 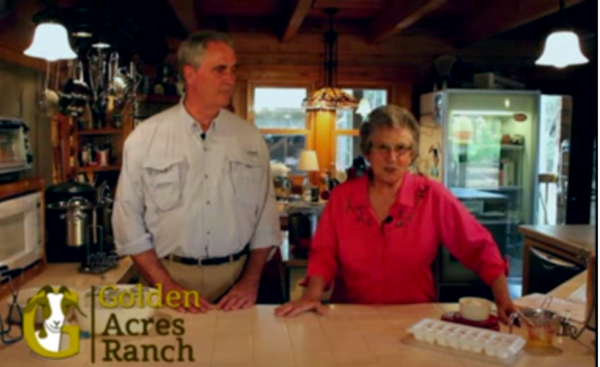 For personal lessons, sign up to take a Jelly Making Class during the festival.

You can also order jelly from us the Golden Acres Ranch Country Store.